The goal of the National African American Male Wellness Agency is
to raise awareness for preventable health diseases. 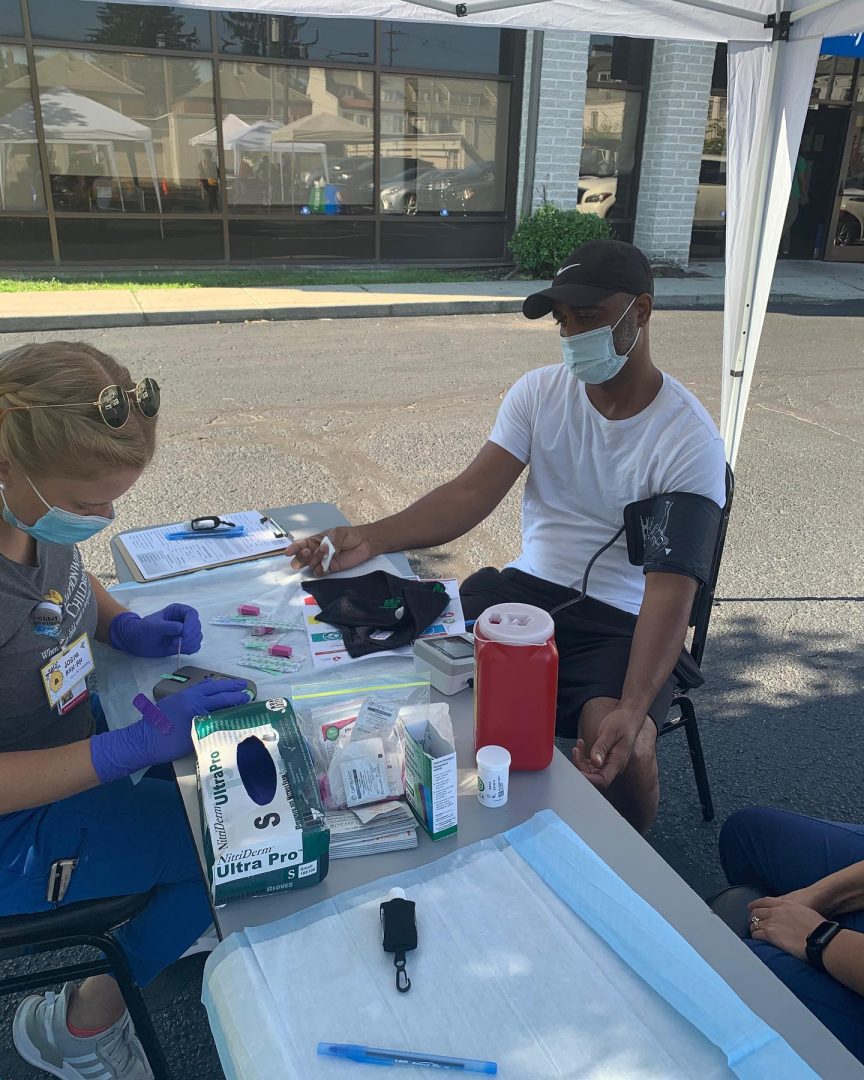 The National African American Male Wellness Agency (AAWellness) was established in 2004 to begin the process of empowering men to understand through prevention one can live longer. The awareness campaign is the largest Wellness Initiative of its kind in Central Ohio and has expanded to Akron, Cincinnati, Cleveland, Mahoning Valley and Toledo. The Wellness Initiative has provided thousands of residents free health screenings across the state of Ohio, resulting in recognition from former President Obama and also by having August declared as African American Male Wellness Month by former Governor John Kasich.

​AAWellness has expanded to six cities outside of Ohio; Atlanta, GA., Charlotte, NC, Indianapolis, IN, New Orleans, LA, Renton, WA and Washington, DC, making our movement nationally recognized.The overall health and wellness of the black community is dependent on the health of black men in the community. African American men are dying from preventable diseases at ten (10) times the rate of other men which drives the mission of AAWellness.

​Because our event is entering the 16th year, we have increased community participation to over 50,000 Nationally (Est. 25,000 the Columbus Metropolitan area this year). With this effort we have screened over 2000 men (nearly 1000 in Columbus, OH) and impacted countless families through health awareness and education.  The area’s most influential people have echoed our mantra, “Know Your Numbers” throughout Central Ohio. By empowering residents of the area with education about their physical, mental and financial health our goal is to help position the patriarch as a healthy, significant, stable and successful component of the American family.

Established in 2004 and having a presence in more than 16 cities The National African American Male Wellness Walk (NAAMWW) provides a 5k walk and run as an awareness campaign addressing the need for black men to live longer from preventable diseases. The heartbeat of each walk initiative is our health screenings where we screen for blood pressure, glucose, cholesterol, HIV, STD/STI and prostate cancer for men who may not be seeing the doctor regularly. We help men understand that through prevention they can live longer. Our mantra is for them to know their numbers, get moving and visit the doctor annually.  The NAAMWW attended by over 100,000 people annually made up of men, women and children. All are able to participate in the walk and health screenings for free.

With its start in Columbus, OH year 2020 Black Men’s health week creates a week long health campaign that provides free health screenings leading up to the NAAMWW. It is because of our screenings that we have been able to save the lives of many men often during the onset of the event. Similar to what is done during the walk event we provide screenings for blood pressure, glucose, cholesterol, HIV, STD/STI and prostate cancer. In the year 2020 COVID19 was added in an effort to slow the spread and impact of Covid-19 on the African American community.

During HIV Awareness month annually in February The NAAMWA hosts an AIDS awareness and testing event, addressing the need for African Americans to perform safe sex and to take preventative action against the spread of HIV and STD’s.

The M.A.S.C Up mission is to raise awareness of the impact of COVID 19 on the African American community and preventatively slow the spread of the virus by promoting that all should wear masks, wash their hands, go to the doctor and stay home if sick. Using a marketing mix of elements for our awareness campaign and by providing free COVID Care Kits to the community the NAAMWA has been able to have a lifesaving impact on the underserved and hard to reach population of the community.

About Us
Founder
Our Team
Volunteer
Sponsor
Donate